Every once in a while I like to do a sketch on historical Christians called Walking with the Giants. Not only does it draw on a strong link to the past, but also gives us insight into present day situations knowing that Christian brothers and sisters walked with Jesus just like us and have had similar struggles. One of my favorite people in all of Christianity is Rich Mullins. I hope you enjoy getting to know him a little better! 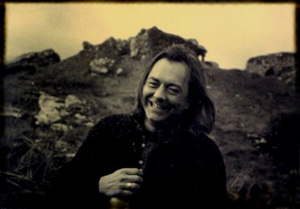 Richard Wayne Mullins was born on October 21, 1955, to John and Neva Mullins in Richmond Indiana. “Even the way his family ended up there was, for Rich, a serendipitous circumstance, an accident that would forever affect his life.” Rich’s family called him by his middle name Wayne, but he started using his first name Rich when he went to college. His name held no significance to his family at his birth other than their then current home in Wayne County Richmond Indiana.

Just a bit about Richmond…

Richmond Indiana (my hometown) was settled by Quakers who migrated from North Carolina in the early 19th century. The most notable founder was Levi Coffin who offered safe passage and lodging for slaves moving north during the early and mid 1800’s. Wayne County has had a historically strong representation of Quakers, Mennonites, and the Amish. It is situated on the Eastern border of Indiana and positioned on Interstates 70 and 27. This crossroads made it a magnet for automobile, bus, and farm implement manufacturing and hosted a major train depot owned by the Pennsylvania Railroad Company.

The 60’s and 70’s in Richmond were experienced much like any other midsize Midwestern town that experienced steady growth in jobs in manufacturing and agriculture. Richmond was also known as “a city of churches, having thirty-four church organizations, with a total membership of 15,000 and a total Sunday school attendance of about 7,500.” The Quakers had a strong influence on religious life overall while most mainline denominations are represented as well. There is a moral fiber to the city’s culture and a reserved temperament exemplified in the lifestyle of it’s founders. It is not uncommon to see horse and buggies on the main roads leading in and out of town.

On April 6, 1968 (my dad’s 16th birthday – they were out of town for the day), a natural gas explosion and fire destroyed or damaged several downtown blocks and killed 41 people; more than 150 were injured. Locals say that a custodian in the armory, located downtown, was responsible for carelessness involving chemicals and had a habit of smoking indoors. Most of the people killed or injured were children who were watching a Saturday early afternoon matinee at the downtown theatre situated directly above the armory.

His father was from a coal mining family and grew up back and forth between Kentucky and Virginia. His dad was 14 when Rich’s Grandfather came home one day after work and told the family to pack up because they were moving. They didn’t leave town the way that the family had grown accustomed to so his “grandmother said, “John, where in the world are we going? my grandpa said, “Well, Rose, we’re going to Detroit.” And she said, “Why in the world are we going to Detroit?” And he said, “Because I don’t want my boys to grow up to be coal miners.” And so they got as far as Indiana and ran out of gas—and that’s how I got here.”

The Mullins family owned and operated a tree farm in Fountain City Indiana. Rich was the first son and middle child of his family of five and the farm was all they knew, however, applying himself to anything but music was met with mixed results. He developed a deep love for Native Americans as a young child while watching Westerns on tv with his siblings. He would become visibly distraught when one was treated with violence or killed. He naturally excelled in music at a very young age by mostly learning piano by ear and any other instrument that he touched. His father resented him because of his lack of skill or interest in farm life and for his inclination toward the arts. It was a major source of contention that haunted Rich his entire life. “Until you come to terms with your heritage you’ll never be at peace with yourself. That was a real breakthrough moment for me. So, what I needed to do was come to understand the Appalachian life, so that I could know more about my father, who had been a stranger to me all my life.” As a way to gain understanding of his father’s Appalachian heritage, Rich purchased a hammered dulcimer and quickly learned how to play it. In the years to come, that instrument became a key part of much of his music.

Mullins was a Christian recording artist who wrote the well known songs such as “Awesome God” and “Step by Step”. He is revered among CCM (Contemporary Christian Music) circles as royalty because of the impact he had on Christian music and the church. Grammy award winning artist Amy Grant said “I don’t know many people who have died and left so many people saying, ‘I need what Rich Mullins’ life brought to the table, and I don’t know where else to find it except in looking at his life and listening to what he had to say.’” People that would attend his concerts would find that he was an excellent Bible teacher as well. At Cincinnati Bible College he would learn of St. Francis of Assisi and was significantly impacted by his life. Later in life he started his own “Kid Brothers of St. Frank” which was made up of his band mates. They devoted themselves to the Franciscan vows of chastity, simplicity, and poverty among other spiritual disciplines. 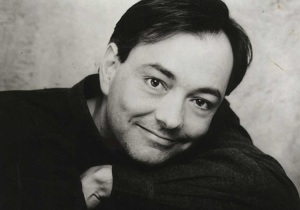 His producer, Reed Arvin, remembers Rich possessing “that particular combination of gift and fearlessness that equals genius. Lots of people have one or the other. It’s the combination that’s rare.” When asked how Rich would have done in today’s Christian music landscape, Arvin said that he “would have fared fantastically. He was immune financially, because he set up his life to live on a tiny fraction of what he earned. The implosion of the music business would have meant next to nothing to him.” Rich had a love/hate relationship with CCM. He saw himself as a reluctant prophet in Nashville heedlessly calling those in the industry out for self-seeking purposes and capitalizing off of the name of Jesus.

He finished his music education degree at Friends University in Wichita Kansas in the early 1990’s. His motivation was his deep love for Native Americans and his desire to live among them as a missionary and a teacher. He later moved to Window Rock Arizona on a reservation where he would build houses and teach music theory to the children. During this time he still traveled to do concerts, and some recording, but only for the venues he chose. His life came to an untimely end on September 19, 1997, when Mullins and his friend Mitch McVicker were traveling north of Bloomington, Illinois, to a benefit concert in Wichita, Kansas, when his Jeep rolled over. They were not wearing seat belts and were both ejected from the vehicle. He had been known to be casually reckless behind the wheel of an automobile.

Band mates, managers, and others that traveled with Rich were always worried what he would say during a performance. It was a gut level honesty which he spoke from and was never known to hold anything back. One thing is certain that he was not a man pleaser (Galatians 1:10, 1 Thessalonians 2:4) but wanted to please Jesus in all that he did. My life has been plagued with fear of what others think of me and I look to Rich Mullins’ example in living according to God’s desires instead of self-imposed restrictions based on what others may want.

A love for the Scriptures 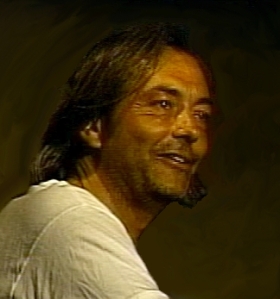 Rich said “The Bible is not the collection of anecdotes mouthed by pious little church mice — it does not so much nibble at our shoe leather as it cuts to the heart and splits the marrow from the bone. It does not give us answers fitted to our small-minded questions, but truth that goes beyond what we even know to ask.” His devotion to Christ and the Scriptures was never questioned and his bold assertion of Biblical truth has fueled the fires in my own heart as well for communication with God and others through Biblical truth.

He could have kept every cent of his earnings but chose to live on whatever a common living wage was at that time. The rest was given to his home church to be disbursed as they saw fit. He chose to live in obscurity among the poor on an Indian Reservation out of true compassion for them. I feel guilty knowing that so many others before me have made it in the ministry on a fraction of my yearly earnings. Rich’s rejection of reliance on money has inspired me to trust in God for all that I and my family needs.

Fox, Henry Clay. Memoirs of Wayne County and the City of Richmond, Indiana; from the Earliest Historical times down to the Present, including a Genealogical and Biographical Record of Representative Families in Wayne County. Madison, WI: Western Historical Association, 1912.

Kellner, Esther. Death in a Sunny Street: The Civil Defense Story of the Richmond, Indiana Disaster, April 6, 1968. Place of Publication Not Identified: Publisher Not Identified, 1968.

Mullins, Rich. The World as I Remember It: Through the Eyes of a Ragamuffin. Sisters, Or.: Multnomah Publishers, 2004.

3 thoughts on “Rich Mullins – 20 years after the accident: A Repost”