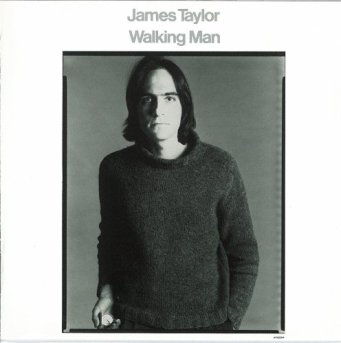 While listening to James Taylor’s Walking Man album tonight, I was taken back by the genius of his songs. He was in his middle 20s when he wrote and recorded it, which means he had to write from his young and limited experience. I do realize that some young artists have more God-given talent than others, like John Mayer, Taylor Swift, or Ed Sheeran.

Exceptional talent is not the norm for people barely out of high school and money-grabbing venture capitalists are willing to pay big bucks to see it in mass production, almost always at the expense of the artist and their art. Humans, especially young ones, are not built to endure fame and glory for an extended amount of time.

I’m convinced that Sweet Baby James’ exposure to cocaine and LSD was the reason for his musical genius and mind-blowing talent, but is also what landed him in a mental hospital and rehab facility on more than one occasion. His time in rehab may have given him Fire and Rain but almost at the cost of his life.

The late Glen Frey is quoted in the History of the Eagles during a recording of the Long Run album, “This music brought to you by cocaine.” Rock bands, especially in the 60’s and 70’s, had no shame in sourcing their creativity to narcotics. There’s even an enduring urban myth that the State of California wanted to put LSD in tap water as a way to heal people from their melancholy and inclination towards violence. Forget fluoride!

This was all mostly during the Vietnam War where people were fed up with an unending conflict that demanded the lives of thousands and a seemingly incompetent and uncaring administration. The Eagles “Take it Easy”, CCR’s “Fortunate Son”, Crosby, Stills, Nash, & Young’s “Ohio”, among many other songs, were protests of Vietnam. I can’t blame anyone for wanting to live in global harmony but slipping heroin in someone’s Diet Coke is not “Giving peace a Chance“.

I had a professor in seminary that believed God extends grace to non-believing people with extraordinary talent as an olive branch which could lead to the salvation of their souls. I don’t know about that … and I also don’t know about the rest of this post. Read with an open mind man.

What if achieving a high, similar to what one feels when on drugs, was possible without damaging substances before sin separated us from God in the Garden of Eden? Satan is after all the ultimate imitator. He’s behind all other religions opposed to Christ as risen Savior and Lord. What is confusing is that many of these religions have similarities which makes it seem like they are all different paths but leading to the same eternal destination.

Satan loves to create a counterfeit of something that God created sacred and for the enjoyment of His created ones.

God created sex as something to be enjoyed in the context of marriage. Sex, in God’s original design, is a symbol of intimacy and the glory of self-emptying love. Satan keeps the sensation but removes the sacred restrictions that keep it from turning into greedy self-interest. Satan could have potentially hijacked heightened physiological realities of the brain (being high) when exposed to a narcotic substance. What if people on cocaine, weed, LSD, heroin, etc., have experienced some kind of euphoria that is similar to what God intended for the brain, in it’s glorified form, but is presently not capable of, in it’s fallen state?

Satan, being chief imitator, could have taken something that God made available to bodies created in His image, for the ultimate in sensation, but now has made it available only through chronic, damaging, and highly addictive chemicals. On top of that, people seeking to get high are exclusively seeking their own pleasure and not the good of others. The highest pleasure that can be experienced this side of Heaven is always intimately connected with seeking the highest good of others – dying to self.

Notice I didn’t say that the highest pleasure was the act of seeking the good of others. Make no mistake that it is in no doubt pleasing to serve others, but the highest high I’m speaking of is the baptism of the Holy Spirit. God doesn’t give His Spirit to others based on good wors, but I find that the ones committed to personal holiness know a level of intimacy with God that others preoccupied with the pursuit of the flesh do not.

I’ve never been high on illegal substances and have only heard people talk about what happened to them when they were high. I imagine that being in God’s presence is the most high that someone’s physiological nature can experience and the sensation we feel through illegal substance is actually a cheap imitation of the thing we have yet to experience in glory.